Skymarathon delle Grigne, the return of the legend 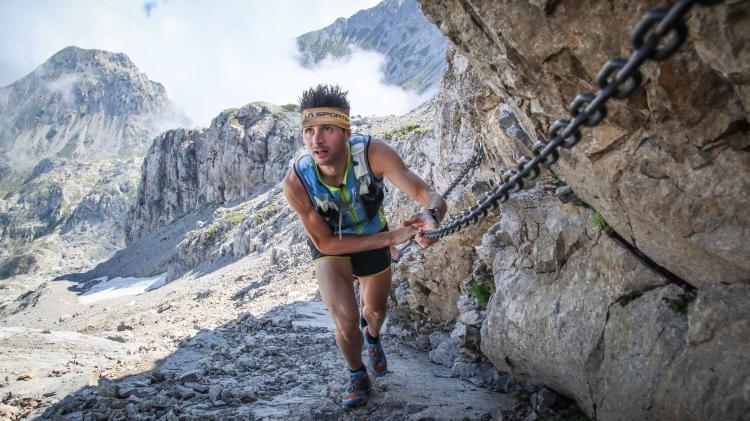 Which athlete has not heard at least once about the “(great) Trofeo Scaccabarozzi"?

Those who remember describe it as something massive, a glorious memory of the very first races of Skyrunning that rewards tenacity as well as strength, the head as well as the legs.

It was September 30th 2001, Fabio Meraldi was the first to cross the finish line of the first edition of the Sentiero delle Grigne “Trofeo Scaccabarozzi”.
For the next 11 years the path has seen the birth of great athletes of the international scene.

2012 was the year that decreed the change; the last edition was staged and the next year ZacUP Skyrace del Grignone took place so hundreds of athletes discover the paths from Pasturo to the top of Grignone (Grigna Settentrionale 2410 mslm) in 27 km and 2650md+.

This year, twenty years after the first edition and nine years after the last edition of Trofeo Scaccabarozzi those paths will be run again with a new look: the "Grigne SkyMarathon - Davide Invernizzi Trophy".
The race will take place on the 43km long route that from Pasturo climbs the Grigne massif, touching both peaks: Meridionle "Grignetta" at 2,184m above sea level and Settentrionale "Grignone" at 2,410m above sea level to descend to Pasturo on a route that will leave you literally breathless.

To organise a race of this magnitude requires significant commitment and involvement. This is why it was just an idea for years, until Davide's enthusiasm drove us to put it into practice. Team Pasturo, former organiser of the Zacup, now has the solid support of two valid and active sports associations: Falchi di Lecco and GSA Cometa, who have joined together with great enthusiasm to make our dream, and Davide's dream, a reality.

Together we are working hard to stage an edition with all the necessary security, in accordance with the health protocol issued by the F.I.Sky.
It will be a different edition, but no less exciting or spectacular.

We strongly believe in this project and in its execution, we are confident about a restart, also sportive, and we would like to make Davide's wish come true.

The race is also an excellent opportunity to raise awareness of the value of the territory. It will pass through 7 refuges of the Grigne: Riva, Bogani; Brioschi, Bivacco Riva-Girani, Antonietta al Pialeral, Rosalba, Bietti, Elisa in which refreshment points will be installed and which we recommend as strategic points to fan the race (in addition to the two peaks of course).

We also wanted to think about a project of revaluation and requalification of the paths of "alta via delle Grigne" that thanks to the interest and the involvement of Regione Lombardia has met the favour of all the authorities of the territory involved.
The project provides for the fixing, securing and subsequent maintenance of the paths and signage to make both the paths and hikers safer and more aware.

All that remains is to double-knot your shoes and start running.

From 16 April to 31 May it will be possible to send your Curriculum for the evaluation and obtain a bib number for the Grigne SkyMarathon - Trofeo Davide Invernizzi.